Few people understand or know anything about colloidal chemistry. Colloidal Chemistry was evolved by David Graham, a British chemist, 50 years ago, but only recently has it been realized even by scientists what an enormous influence it is destined to have in medicine, agriculture, and industry.  Colloidals are known as the twilight zone of matter.  These mineral elements are the smallest particles that matter can be divided while still maintaining its individual characteristics. Colloids range in size from 0.01 millionth’s of an inch to 10 millionth’s of an inch 0.01 microns to 10 microns).  The smaller colloids cannot be seen with the most powerful microscopes.  Because of their small size, they have an enormous surface area, which gives them special properties.  One teaspoon of colloids can have a total surface area of over 127 acres, and is composed of billions of tiny electrically charged minerals.  Colloidal and suspended PTFE and Boron Nitride  HBN are the core and provide the extraordinary performance of  RyDol® products.

Fluids are used as a “carrier” to present the PTFE and HBN particles to the surface which bears the weight and friction or the surface that will be exposed to hostile chemical or physical conditions.  Fluids used for lubrication have traditionally been natural, mineral petroleum derivatives; some commonly found in motor oils and light machine oils to industrial bearing greases to lighter “Vaselines”.  Introductions of “synthetic” lubricants have become popular; one of the first being “Mobil 1” motor oil. RyDol® uses organic vegetable oil products because of their versatility, compatibility, solubility, environmental safety advantages, and unique characteristics when blended with PTFE and HBN.  The performance of petroleum and polyol and organic fluids can be nearly doubled when BORON NITRIDEand PTFEis introduced.

Methyl Soyate, or Soy Methyl Ester (SME), CH3(CH2)15-17COOCH3, CAS # 67784-80-9, is produced by the transesterification of soybean oil and methanol with a sodium hydroxide catalyst.

SME has a high solvency with a Kauri-butanol (KB) value of close to 58 and demonstrates low toxicity when compared to other common substances. In comparison to most commercial solvents, SME is safer to handle and store due to its high flash point of approximately 360° F and high boiling point of well over 400° F.  In addition, the Environmental Protection Agency (EPA) does not list SME as an ozone-depleting chemical (ODC), hazardous air pollutant or volatile organic compound. Soy Methyl Ester’s slow evaporation time can be seen as a disadvantage, but in certain applications SME outperforms other traditional solvents when longer settle times are needed.

With the adoption of the 2002 Farm Bill, the U.S. government has worked to establish a list of preferred biobased products for federal agencies and the military through its Federal Biobased Products Preferred Procurement Program.  In March 2006, the Agriculture, Rural Development and Related Agencies Subcommittee announced the final rule, issuing six biobased items for government agencies to purchase when the products are found to be readily available, equal in performance and cost competitive to traditional petroleum-based products.  Since that time, two additional announcements have been made, adding a total of 30 additional product categories to the list.

POLYTETRAFLUOROETHYLENE (PTFE) has a relatively heavy molecular weight and have an affinity or attraction for each other.  Accordingly, the process of introducing PTFE particles into fluids usually results with agglomeration of the PTFE powder into a syrup-like, gluttonous, unusable mass.  RyDol® possesses the unique skill and proprietary process that solves the problem that has baffled physicists and chemists for over a decade.  Once properly processed, RyDol® products maintain colloidal suspension of the PTFE particles indefinitely.

HEXAGONAL BORON NITRIDE (HBN) is a synthetic material, which although discovered in the early 19th century was not developed as a commercial material until the latter half of the 20th century.  Boron and nitrogen are neighbors of carbon in the periodic table – in combination boron and nitrogen have the same number of outer shell electrons – the atomic radii of boron and nitrogen are similar to that of carbon.  It is not surprising therefore that boron nitride and carbon exhibit similarity in their crystal structure.  In the same way that carbon exists as graphite and diamond, boron nitride can be synthesised in hexagonal and cubic forms.  The synthesis of hexagonal boron nitride powder is achieved by nitridation or ammonalysis of boric oxide at elevated temperature.  Cubic boron nitride is formed by high pressure, high temperature treatment of HBN.

Hexagonal Boron Nitride (HBN) is the equivalent in structure of graphite.  Like graphite its plate like microstructure and layered lattice structure give it good lubricating properties.  HBN is resistant to sintering and is usually formed by hot pressing.  Cubic boron nitride (C-BN) has the same structure as diamond and its properties mirror those of diamond.  Indeed C-BN is the second hardest material next to diamond.  C-BN was first synthesised in 1957, but it is only in the last 15 years that commercial production of C-BN has developed. 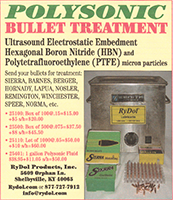 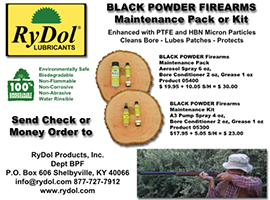 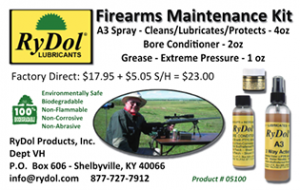